One out of every 21 Black-American males will be murdered in their lifetime…most will die at the hands of another black male. In 1984 Inglewood, California, ten-year-old Tre is intellectually gifted, but lacks direction and the right influence, raised only by his single mother, Reva (Angela Bassett). The decision is made to send him to Crenshaw to live with his father, Furious Styles (Laurence Fishburne). He’s flanked by neighborhood friends Ricky, “Doughboy,” and Chris. While the situation isn’t ideal, the belief is that a central male influence will be a steady guiding hand through the critical moments of Tre’s life.

Now 17 in 1991, Tre (Cuba Gooding, Jr.) has managed to stay out of trouble and even make college a real option. His buddies remain the same, but in different life and outlook phases. Ricky (Morris Chestnut) is now a father and has Division 1 football skill. Chris (Redge Green) and Doughboy (Ice Cube) have been in and out of juvie and jail since ’84, resorting to selling drugs and taking part in neighborhood ills. No matter their standing or potential, they’re all Boyz n the Hood attempting to come of age. 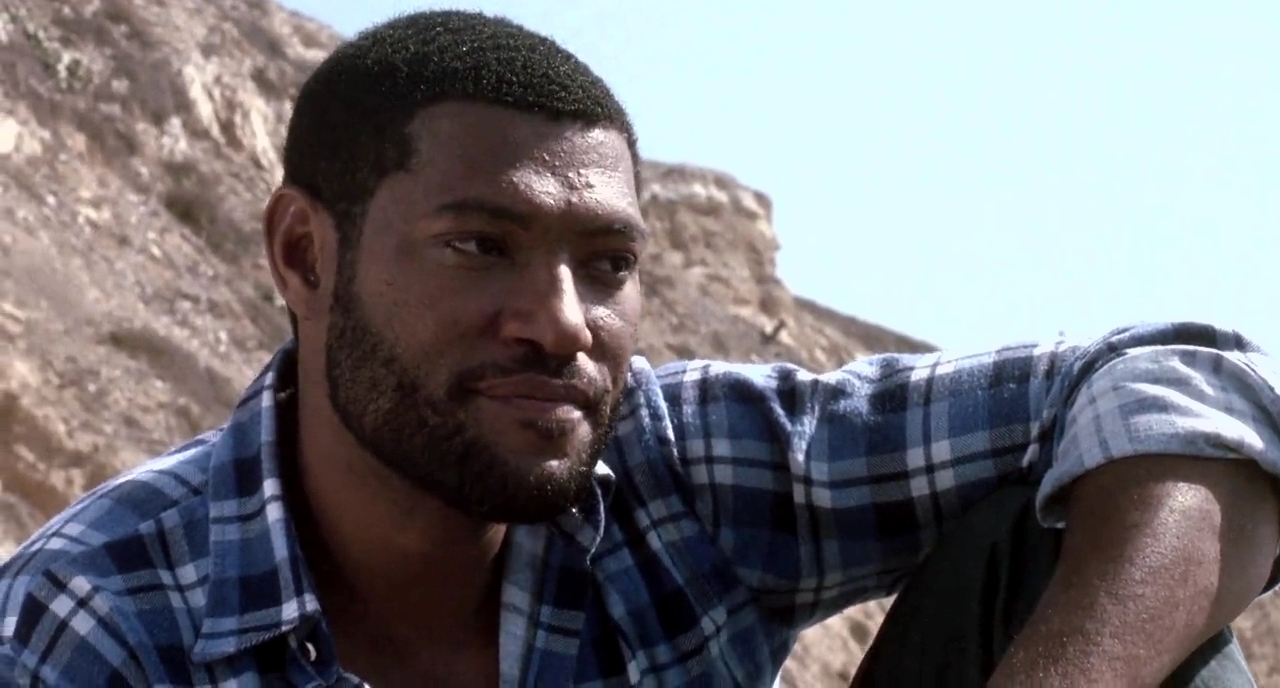 The true test of lasting power? Returning to something and it still having that novel feeling. Before it was mythologized, dissected, and even lampooned in various other 90’s movies, rap lyrics, and video games, Boyz n the Hood was a maturely heavy, first-stab attempt at a coming-of-age movie from an African-American perspective that wasn’t even partly based in blaxploitation. Almost 30 years later, its status hasn’t changed.

What’s fascinating about the film is how it happened to be a first for a lot of people, and if it wasn’t a first, it was certainly a breakout launching pad into other things. For the late John Singleton, this was his directorial debut, choosing to write and helm something he knew intimately about: Growing up in the City of Angels. Boyz n the Hood is one of the few productions to be shot in sequence, and as the film progresses, the general camerawork, editing, and overall focus becomes more pronounced. Not to say that the beginning is shoddy by any means, even as it’s sort of rote; it serves a purpose that’s needed for the later events to be moving. One aspect that Singleton nails from the get-go is atmosphere, beginning and leaning on simple walks through the neighborhood that show the direness of the situation. A constant hovering humming of a police chopper always reminds the viewer of the commonplace dangers LA presents, part of a day in the life for all its denizens in the film. 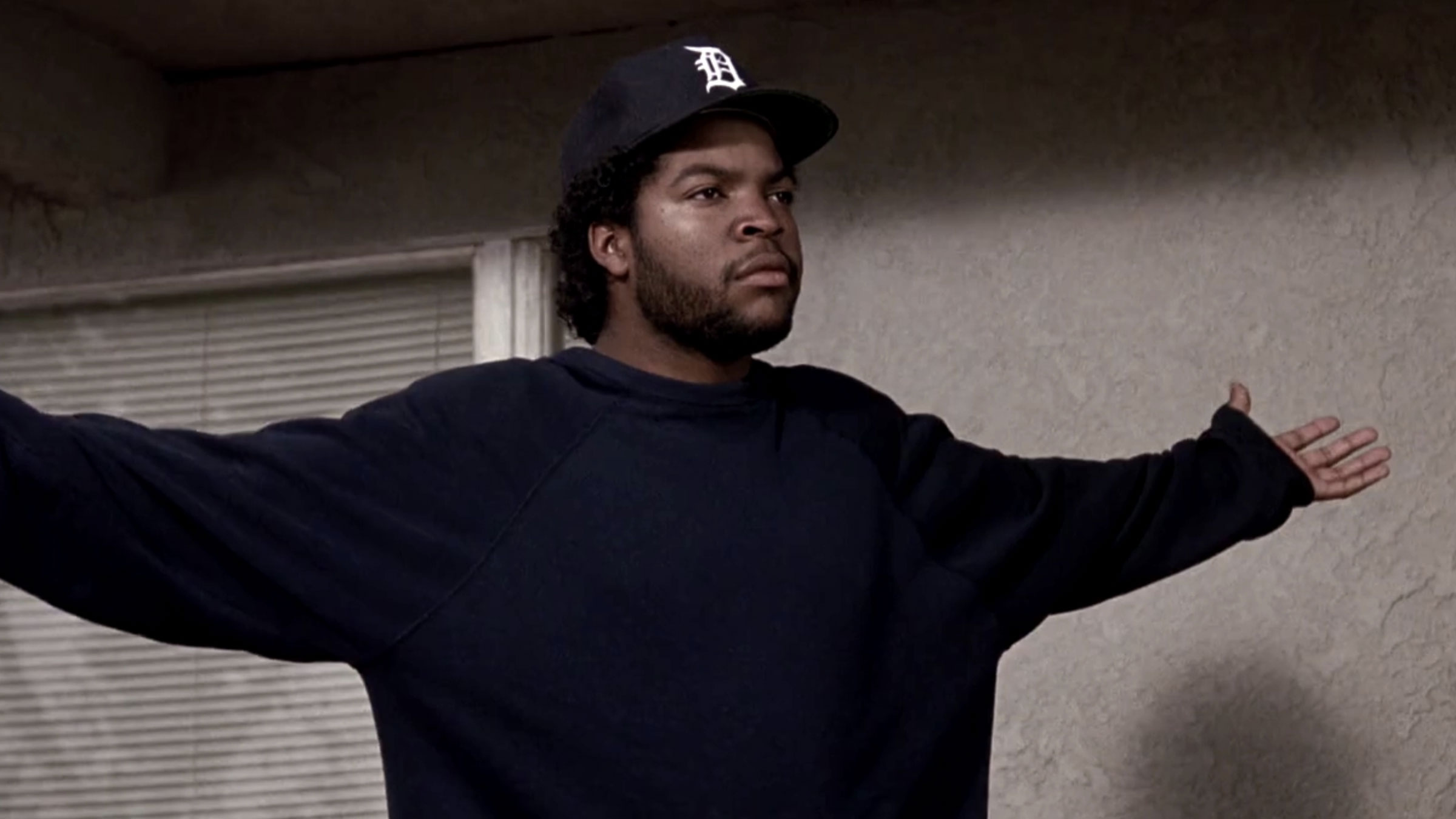 Boyz n the Hood isn’t exactly subtle, and there’s a time or two in the feature where it comes off as a bit preachy and overly dramatic. With that said, I doubt it’s supposed to be subtle. Singleton simply bathes his script in ultra-realism working from a subjective viewpoint that’s hard to dispute. Perhaps the most surprisingly thing he does in his debut is the effective juggling of three–arguably four—main characters. All of Cube, Chestnut, and Gooding Jr. could be classified as the lead, because the story, though written with subjectivity, is shown from a very objective point-of-view. The decision allows an audience to truly understand these characters’ motivations, fears, and the like, making for a final 15-20 minutes that has yet to diminish in emotional heft over the decades.

Singleton was also famous for consistently providing vehicles for people to get their big breaks in, acting-wise. Boyz n the Hood’s cast was entirely built off inexperienced thespians cutting their teeth into something of this level. For Cube, it allowed him to be shown as more than the super talented, napalm gangsta rap lyricist he was. The work he brings to Doughboy is extraordinary and it still stands as his best role of his career, an exhibit of his scene-stealing charisma, with the only difference here being that he’s not only boisterous (as many of his later roles happen to be) but measured and introspective. Powerful moments he shares with Chestnut and their on-screen mother highlight the similarities but vast differences each teen is afforded as it pertains to preferential treatment.

Gooding Jr., Bassett, Nia Long, Regina King, and Tyra Ferrell all impress. To that point, it was only Fishburne who had been a seasoned thespian, and though he was but seven years older than the man who he plays father to (a point hilariously mocked in Don’t Be a Menace to South Central While Drinking Your Juice in the Hood), he’s perfect as the hard-lined but hands-off father figure. This, alongside an underseen gem starring Fishburne a year later in Deep Cover, serve as a few of his better roles not often talked about in his filmography to the level they should be. 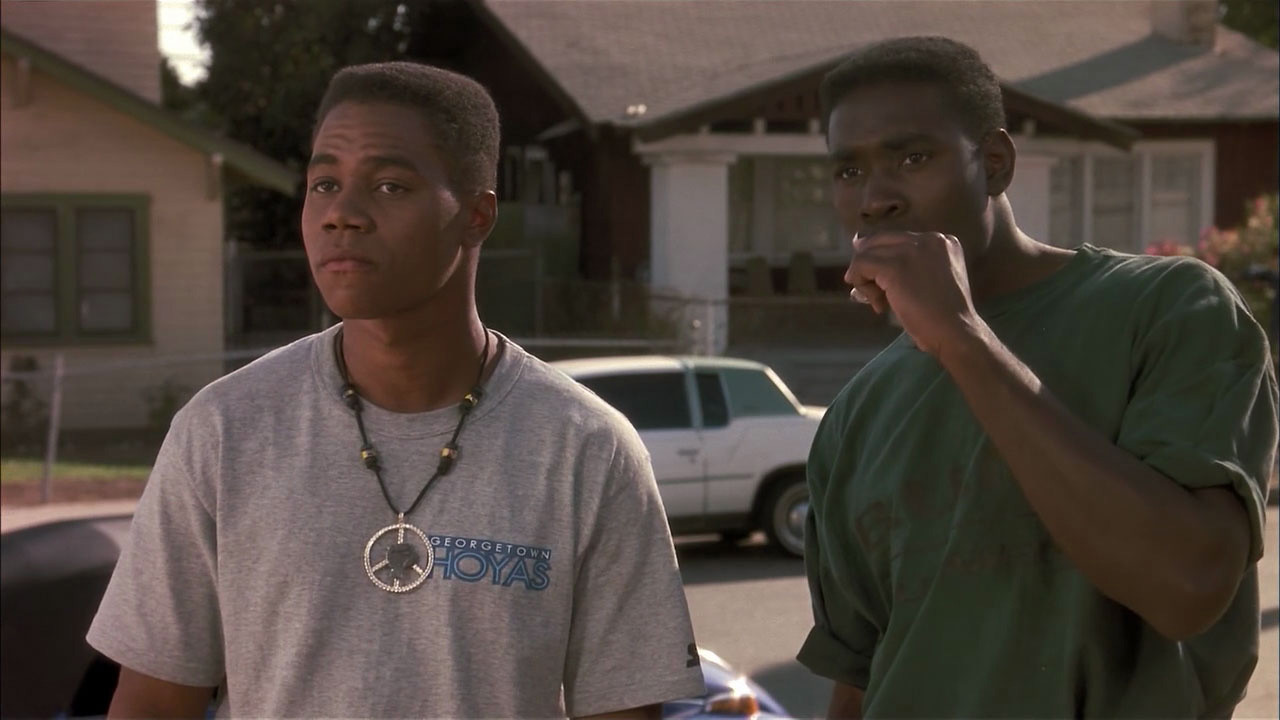 The tagline is correct. Boyz n the Hood ain’t no fairy tale, but it is a tale that will forever remain timeless and extremely relevant.

2 thoughts on “Boyz n the Hood”