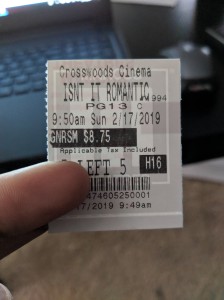 Can always use more of Vanessa Carlton’s A Thousand Miles. At an early age, a once-idealistic view on love existed in the heart of Natalie (Rebel Wilson). That is, until her mother informed her, rather bluntly, that the type of things seen in Pretty Woman, Sleepless in Seattle, any J. Lo movie, and the like don’t exist for women who look like her. She’s taken this cynical view into her adult life working as a lead architect in New York, consequently killing any chances at something that could be meaningful—such as with her co-worker, Josh (Adam Devine), because she’s so closed off.

She mocks those who love romantic comedies. So, it only makes sense that she’d become the star of her own, right? Natalie wakes up after a coma courtesy of a hard fall and discovers exactly that. New York is beautiful, everyone loves to sing, she’s got a gay best friend (Brandon Scott Jones), and a guy who’s infatuated with her after the most eye-rolling introduction (Liam Hemsworth). She’s clearly stuck in this alternate universe. In order to get back home, Natalie must fight through all of the genre staples and in some cases, use them to grow. 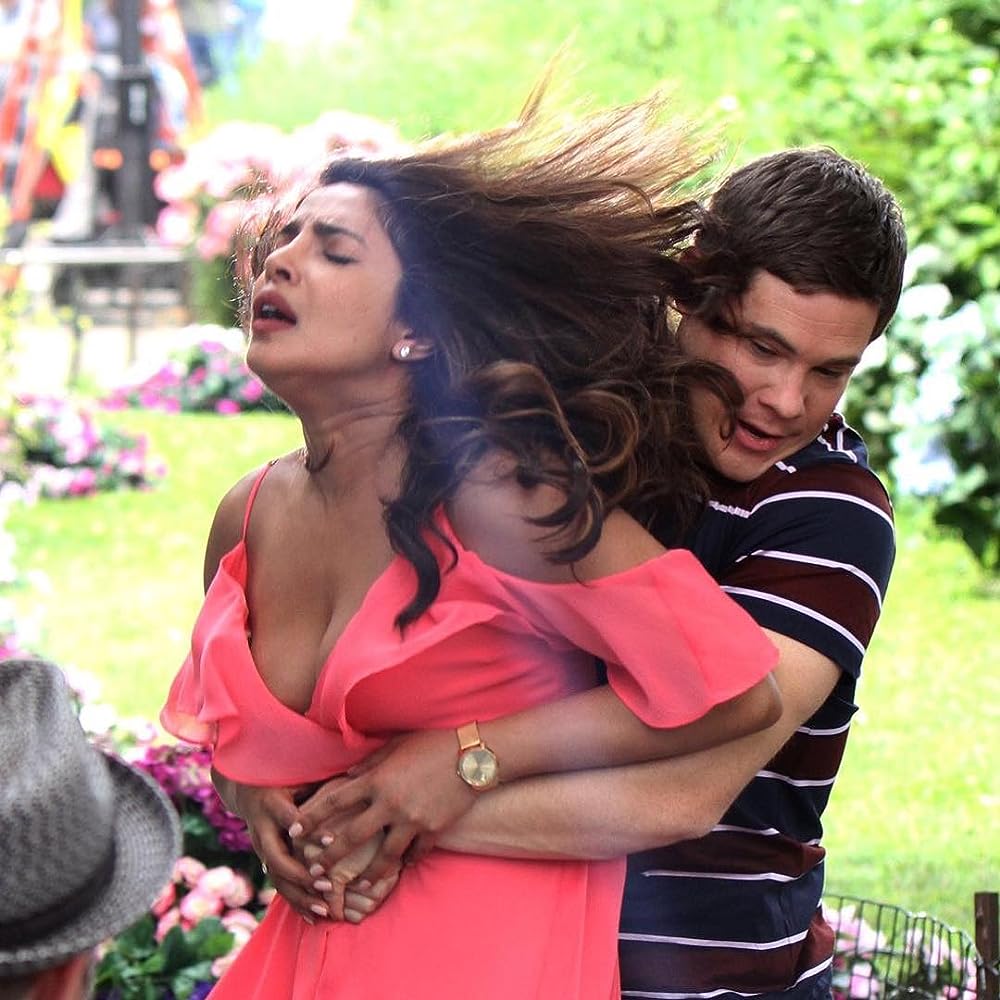 Isn’t It Romantic is the type of comedy that simply wears on a viewer—in a positive way. Think of it like a dish you’re immediately skeptical of. It looks “meh,” and the combination of ingredients isn’t something you’d typically go for. Yet, there’s enough there that you like separately or perhaps in other things that you give it a whirl, still expecting to dislike, nonetheless. The first bite or so is average until the preconceived notions dissipate. This dish is kind of surprisingly good! Shoddy culinary simile aside, that is Isn’t It Romantic in a nutshell.

At the very least, one must appreciate Isn’t It Romantic for its commitment to its vision and the efficiency with which it executes it. This isn’t director Todd Strauss-Schulson’s first time in making a film that thrives off being meta; his 2015 horror-comedy The Final Girls took stabs at 80’s slasher flicks and the things that binded them all. This go-around, his focus along with writers Erin Cardillo, Dana Fox, and Katie Silberman is the oft-maligned rom-com. Not a fan of the overt homosexual bestie who has no purpose but to support the protagonist? Hate those corny musical numbers and Cinderella-like getting dressed montages? Tired of how being in love makes everything bright and rosy? Or how about those internal lead character monologues? All of those aspects and much more are brought up with a childlike zeal.

The movie, while taking an unpredictable and circuitous route, ultimately gets to the same destination many in the genre do. Still, its theme of self-love via discovery gets time to marinate and bake in the 88-minute run time, so that when the production decides to wrap everything up with a nice box of chocolates and a teddy bear, the central character has actually grown as opposed to only being defined by whether she has a relationship.

It’s a collectively great cast effort in Isn’t It Romantic, beginning with Wilson, showing a substantially impressive amount of depth only hinted at in How to Be Single. Her humor and delivery aren’t for everyone and little changes that here. Luckily, Isn’t It Romantic doesn’t solely rely on Wilson for laughs. Devine is rightly casted as the goober with a sweet and honest heart. However, the youngest Hemsworth arguably steals the show, unafraid to make himself look like an absolute buffoon. To call this film very hilarious would be very misleading; consistently amusing fits better. It’s one of those films that slowly but surely chips away at the most cynical of people. 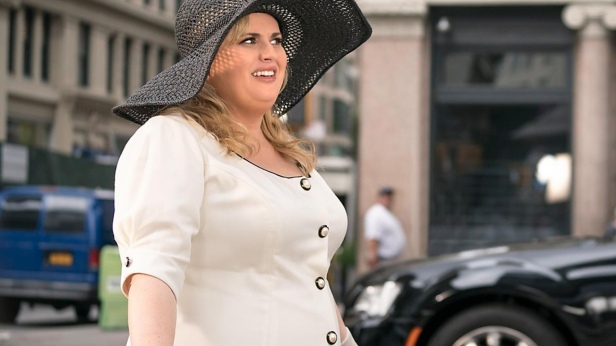 A deconstruction, or a love letter? Both. Isn’t It Romantic kind of breaks apart what came before, and yet, hews closely when all said and done to the standard romantic-comedy. To use a word one character in the movie bring up incessantly, it’s beguiling.