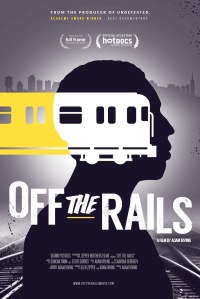 We all have vices. For some, they may be drugs, sex, food…or transit. New Yorker Darius McCollum has harbored a fascination for trains and trams at an early age. Not just a passing fascination, either. McCollum has Asperger’s, and his interest in trains and the like is highly intense.

How intense? Since the age of 15, Darius has been to jail 32 times for impersonating conductors, drivers, booth workers, you name it. All for his love of transit. What he’s doing is a crime, but Darius actually isn’t causing any harm or even disturbing the peace. Does he really nee to be treated as one of America’s worst criminals?

Looking for a fairly heart-wrenching, under-the-radar type movie? Look no further than Off the Rails, a surprisingly in-depth and saddening look at an individual, his plight, and the external forces that contribute to his perpetual cycle.

If you’re anything like yours truly, the story of Darius McCollum may be an unknown one. I had honestly heard nothing about this man before. The lack of familiarity makes Off the Rails a documentary that is all the more compelling. Director Adam Irving does a strong job at not relying on information-dumping to fill runtime; rather, he gives just enough information on what Asperger’s is without making it overtly feel like a PSA, even if it sort of is. This is a documentary that is completely focused on its mission. Just but one issue: Some of the dramatizations are a little cringeworthy and cheaply done. 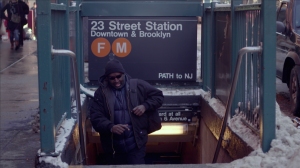 Irving’s documentary asks one main question: Is it the fault of the criminal justice system that McCollum cannot get his life on track? Though he certainly raises the possibility that some of the responsibility could and probably should land on the subject (Darius does appear to relish in making headlines…does he secretly love the spotlight?), the point is made clear that the law is too much black and white, or rather, ill-prepared or even unwilling, to handle such an odd case.

And it is hard to debate that the system is doing enough, if only because McCollum has been locked up 32 times. Obviously, the belief that being imprisoned so often would correct his behavior is a faulty one. Without hopefully spoiling anything, the way the documentary ends is one of the more emotionally charged endings I’ve personally seen all year, driving home the fact that this is a real person who may never receive the proper attention needed.

I sometimes feel like the watchability factor of documentaries in particular live and die by their subject matter. The more interesting that can be, the better the final product is for the viewer. As an off-the-beaten-path documentary from a subject matter regard, Off the Rails manages to be informational yet very moving.

3 thoughts on “Off the Rails”