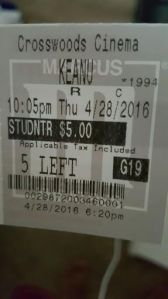 Keanu is a F-B-I agent!  Okay, not quite. Keanu is a kitty cat who has wandered the streets of Los Angeles before making his way on the doorstep of Rell (Jordan Peele), a stoner who is going nowhere. Right on cue, all of the frustration and sadness in Rell’s life is taken away after one look at the irresistible feline.

However, after one night hanging with his cousin, uptight and semi-pushover Clarence (Keegan Michael Key), Rell comes back to a broken-in apartment with no sight of Keanu. Their only lead leads them to hardened gang-leader Cheddar (Method Man), who has possession of Rell’s baby, and is willing to give it back. But, only if the duo, mistaken as two legendary hitmen, is willing to carry out some jobs to further Cheddar’s criminal empire. 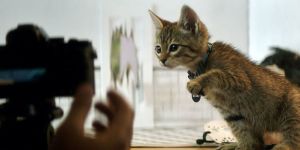 Since the conclusion of Chappelle’s Show, the world (and by world, I really mean Comedy Central) has looked for that one comedy sketch series that could match Dave Chappelle’s apex reach on popular culture and national relevance. And to be honest, the station has failed with attempts like Kroll Show, Mind of Mencia, and even Inside Amy Schumer, even though Schumer is one of today’s “It” girls. The long and short of it is that the popularity of Chappelle’s Show will likely never be replicated. But, out of all shows to follow Dave’s, Key and Peele seemed to be the “closest” to it as it pertains to cultural relevance and popularity. With their show now ended, it’s only fitting that the talented duo make a movie in Keanu, their first full-length feature together.

Most fans (I’m one of them) of the style that Michael Peele and Keegan Michael Key put out should be right at home in this movie. Hell, director Peter Atentio has even directed multiple sketches from the show, and the beginning looks exactly like the beginning of one of their bits. With that said, fans may be a little disappointed when it is all said and done. The story is very much of the fish out of the water variety, with a little bit of a John Wick element thrown in for good measure.

It isn’t completely stretched, and seeing everyone put everything on the line for this adorable kitten is amusing, but it is drawn out very thin in places.  It does get better as it goes on, however, after a lukewarm start. Perhaps a few easter eggs that reference a few of their notable sketches could have been implemented, and anyone who remembers Strike Force Eagle 3 will see a massive opportunity to use a call back there in the climax. I know, doing that may be derided as lazy; I suppose it is just impossible to not see moments where they could have been used. One has to believe that the two have much stronger material to delve into down the line. Maybe this is the case of leaving your audience wanting more? 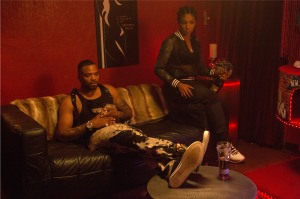 Aside from artist George Michael being present in the way that other artists/icons of yesteryear are used for neverending jokes in R rated comedies, (seemingly starting with Ted), just about all of the laughs come courtesy of Key & Peele. Whether they are moonlighting as hardcore gangsters with a healthy love of the N word, or suburbanites who have no place in the criminal underworld, they are consistently funny, Once the script allows them to toggle back and forth between what they are and aren’t, the hilarity comes more frequently. Their comedic chemistry is second to none, and they deliver the humor in multiple ways, which isn’t always easy. 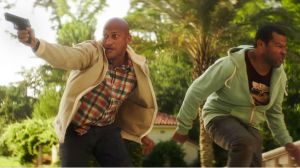 Compared to many of their short sketches, the 98 minute runtime of Keanu lacks the potency and flat out hilarity. Still, there’s more than enough here that shows that Key & Peele are comedy cats that are going to be around for as long as they want to on the silver screen.

Leave a Reply to Three Rows Back Cancel reply