You either die a hero, or live long enough to see yourself become the villain. 18 months after Superman’s (Henry Cavill) literal world-shattering battle with General Zod, much of Metropolis has been reduced to rubble. Superman, once hailed as symbol of purity and what the world should aspire to be, is now looked upon by many as an example of how absolute power absolutely corrupts an individual.

Bruce Wayne (Ben Affleck) is in the camp of Superman being a menace to society, and as such, the Caped Crusader is determined to rid the world of The Man of Steel. The two titans are on a collision course, but lurking in the shadows is scientific genius Lex Luthor (Jesse Eisenberg). Luthor has the intellect to rid the world of both Superman and Batman, plunging the world into total chaos.

Movie hype is unavoidable, and can be good or bad. To put it in the context of science, a film that appears to be getting stronger in positive word of mouth as its release date draws closer could be “doubling time,” growing exponentially in a period of time. It can work in reverse too with the “half-life” concept, with a film’s hype being so prolonged that as the release date draws closer, word of mouth becomes more negative, quelling the excitement for film. In the case of Batman V Superman: Dawn of Justice, the latter seems to have occurred with what amounts to a three year hype period, and in its aftermath, some calling it one of the worst comic books adaptations ever. Is it that bad?

Story-wise, Batman V Superman: Dawn of Justice is as clunky, and as lengthy, as its title. There is just so much going on that doesn’t feel like it merits inclusion, at least at this point in the genesis of the DC-shared universe. One wishes it were more straightforward as the Batman V Superman part of its title alludes to, instead of the strands of plots the viewer is subject to that include some criminal Russian involvement that somehow connects to Lex Luthor (yet isn’t made clear), and some many dream sequences that, maybe on a rewatch, may make more sense. But perhaps one of the biggest issues with BvS is that, unfortunately, even if some of the additional story material does make sense on another view, yours truly still isn’t sure if it is necessarily interesting. 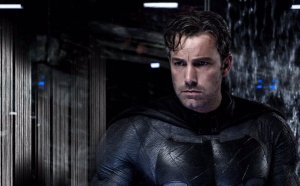 With all of that said, however, it is just best to focus on the Batman V Superman part (this title is actually coming in handy during this write-up!). In my opinion, director Zack Snyder (Man of Steel, 300) does get it right when these two colossal heroes finally clash with each other. You can call the build too prolonged, but even with the bloated plot, it doesn’t deter from wanting to see the main event. With help from a score that combines the talents of Junkie XL and Hans Zimmer, Snyder is able to make his fight scenes memorable with a ton of grandeur and, yes, epicness. Seeing the two beat the holy hell out of each other is popcorn viewing at its most basic level, and that isn’t a negative, it’s a positive.

Batman is listed first in the movie’s title, and though the two titans’ presence would seem to indicate that this is a feature that equally highlights both characters, BvS is likely the closest the world will get to an origin/standalone Batman movie in this DC Universe. As such, this puts the attention solely on Ben Affleck, the much derided selection to star as the new Dark Knight. Defying the majority of the population who believed he couldn’t do it effectively, Affleck looks the part, and for a darker tale that makes Christopher Nolan’s trilogy seem like child’s play by comparison, he’s game. Maybe it is the chin, the increased bulk, or the recognition of the director to put him in the best situations to shine. Whatever the case, he does.

But, let’s not forget about Henry Cavill, who doesn’t seem to be getting the same appreciation Affleck is. This isn’t really his story, yet his Superman character provides the little emotion to it. showed Cavill physically resembling the part, but BvS feels like the first time one sort of gets to connect with/care for the character, or at least I did. As a whole, Batman V Superman is pretty solidly acted, from Gal Gadot as Wonder Woman (in extremely brief time), to Jeremy Irons as Alfred.

The only big piece of the cast that is the outlier is Jesse Eisenberg as Luthor. Not ready to put the whole blame on Jesse though. Part of his puzzling performance yours truly believes is the result of a lack of character motivation. Just what is Lex getting out of this? What is his end game? The answer isn’t discernible. But, Eisenberg simply isn’t the menacing presence, or even the intellectual presence, that is befitting of Luthor. I can see why some may love his performance, as the viewer could look at it as he being the only bit of energy in what is otherwise a dreary affair. Count MMJ in the camp of he being the wrong casting choice, however.

And so, the question posed at the beginning is asked again: Is Batman V Superman: Dawn of Justice that bad. The answer to many of life’s questions often lie in the middle, and this is no different.