Back with Part 2 of the year-end series. If you missed Part 1, you can see that here. Now, onto the selections! 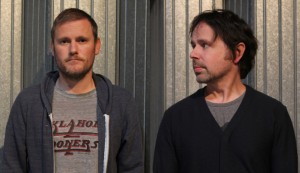 Ava is truly complex; the world’s first true artificial intelligence housed inside a shapely body that looks to be real. Can she pass as a human? Is the very fact that we’re asking that question means that she does pass as one? There’s something very deep and unsettling about Ava, but there’ also something very innocent and child-like, and this early musical piece highlights that aspect of Ava. The sounds (perhaps a xylophone?), are something one would expect to hear in a crib, a nursery, or somewhere similar, playing on that child theme and wonder of just getting introduced to the world and others for the first time, which Ava is exposed to in her “test.”

There comes a point in Ex Machina where the subject(s) (and that is plural for a reason) become fully aware, though maybe not exactly in the preferred way. The tracks above sound very much like an Eureka! effect, a moment in which some type of test or problem is solved and realized. Maybe it’s the growing electric guitars riff paired with the synths (Bunsen Burner/The Test Worked), which kind of makes for a mindblowing effect. Where this piece is played is very fitting for how Nathan feels in that particular moment. He is not so much scared as he is blown away in shock and marvel at what he’s created.

Get Down Saturday Night (written by Oliver Cheatham)

No real reason why this is included. The song just appears in one of the more humorous, random, and memorable scenes of the year. 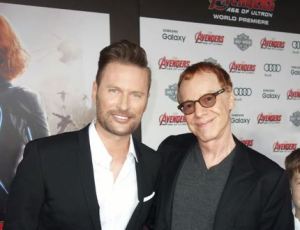 To yours truly at least, Brian Tyler is a composer who has kind of come out of relative obscurity. Not that he hasn’t had much work, but now, the man in the last few years has scored some of Hollywood’s biggest franchises in The Fast and Furious movies and Marvel’s recent installments. The one criticism is that some of his stuff can sound similar to each other. His stuff is Age of Ultron is underwhelming, perhaps due to the fact that he was likely working on Furious 7 around the same time, maybe stretching himself too thin, which could explain why Elfman is credited with the score as well. But, The Mission is an excellent track, full of weight and importance, very stirring and “Let’s get the troops ready!” sounding.

Interesting that one of the scenes director Joss Wheeden had to fight to keep in that the studio absolutely did not want produced one of the better musical tracks in the entire movie. AoU can feel very bloated at times, so it is times like during the farmhouse scene where things aren’t so loud and what not that are appreciated. And, surprisingly, the scene added a nice layer to some characters that were previously unknown. The music is so tranquil, so reflective. 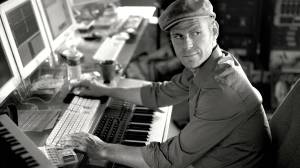 Though the extended version isn’t played in the film, all that is needed of it is snippets to get its point across. This is an introduction into the world that Max inhabits is, a world of fire. And blood. All that matters is survival, by any means necessary. It’s a fitting, simplistic, no frills track, punctuated by the robust cello.

This really should not have been mindblowing, but seeing an actual band come in and play along during the most hectic scenes of Fury Road is not something seen often, if ever. Fury Road has a few quiet moments during its runtime, but primarily, this is a non-stop, balls-to-the-wall, relentless thrill ride. The score is madness, featuring war-like bass drums, wah-wah guitars, vibrant brass, and intense strings. And, points for having such an unforgettable character who never loses his cool in the face of madness. The man. The myth. The legend. Doof Warrior. 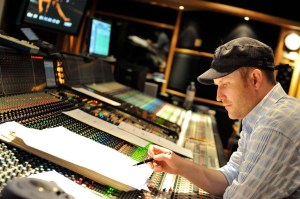 I liked San Andreas for what is was in my opinion: Dumb summer fun. By far, the best moment is the absolute destruction of the Hoover Dam, signaling the beginning of what is to come. The track is a little over the top, the moment certainly very predictable when it appears in the movie, but the swelling effects at the end are a nice touch. It feels like complete chaos.

Who Can You Trust

Spy is bookended by a strong opening and ending song. Clearly meant to parody the openings that James Bond features always have, this song, sung by Ivy Levan, manages to be a great parody from but also, just a great opening song. The vocals are powerful and sung with a lot of feeling, and though the lyrics in the verses are a little weak, the chorus is written well and makes sense within the movie. It wouldn’t be a shock to see Levan one day perform a song for 007. Put that in your pipe, Sam Smith! As for the ending track, it sums up the evolution of Melissa McCarthy’s character, from a timid and unsure of herself individual to a fully confident and heady agent, with an edge when needed. 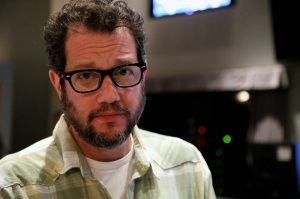 Say what you will about Jurassic World, but it is tough not to get the feels once the doors open to Jurassic World and the legendary theme done by John Williams is played along with it. We’re Ty Simpkin’s character, who is blown away with what his eyes are seeing, an actual Jurassic World (movie). At that precise moment, many people were taken back to 1993 and felt like youngsters again, taking everything in like joyous little kids again. 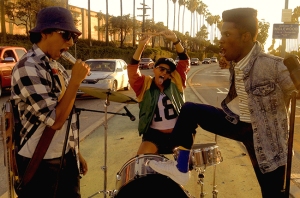 Can’t Bring Me Down

Dope and it’s main characters take inspiration from the 90’s and old-school rap, but the best tracks are performed by Awreeoh, the in-movie fictional musical group that is a cross between grunge rock and hip hop. I couldn’t tell you exactly what these songs mean, and I think they’re meant to be taken on the surface, nothing more than teens jamming out and expressing themselves. But they further highlight the chemistry between the characters and the actors. They feel like a legitimate musical group!

Unlike the other songs, It’s My Turn Now is easy to decipher. Coming at the end, this is the announcement of Malcolm’s arrival, using everything in his unconventional and troubling environment to his advantage. It’s defiant, but self-assured and in control. Absolutely nothing will get in the way of the dreams of Americana.