“If nobody sees it, it didn’t happen.”

As much as the FBI would love to shut down all criminal organizations in the area, sometimes a one-or-the-other choice has to be made. In a land of big wolves, the biggest is the Italian Mafia, and it takes a wolf to catch a wolf. Knowing this, an old childhood friend of Bulger’s, John Connolly (Joel Edgerton), approaches Bulger with a deal: Become an informant, giving intel of other local empires, in exchange for the bureau turning a relative blind eye to Whitey’s operation. Originally believed to be the lesser of all evils, the FBI soon finds that Bulger is the biggest one.

Director Scott Cooper’s (Out of the Furnace) Black Mass asks one real question: Does it mean anything to take down the house if a stronger one is built on the side? The clear answer is no. Aside from that, though, Black Mass isn’t a new spin on biographies or gangster flicks. But, it is engrossing once it gets going, and benefits from a strong cast, spearheaded by a guy who the world has been begging of to sink his teeth into something other than a pirate, a vampire, or an art-dealing buffoon.

Yes, Johnny Depp, delivers here. Instead of the makeup and the accompanying appearances making, or in some cases, marring, his more recent roles, Depp’s appearance here, though still with makeup, is minimal enough to allow Depp the actor to shine through. His Bulger, make no mistake, is very evil, so if looking for a truly dynamic lead character, it may be best to look elsewhere. But, from the first scene Depp appears in, it never feels like he’s has to “warm up” to be evil; he’s ready from the jump. The performance is high quality throughout, featuring many scenes packed with tension as to just what Whitey will do. Sometimes he does something, and other times he doesn’t, but the unease and unpredictability are always present. 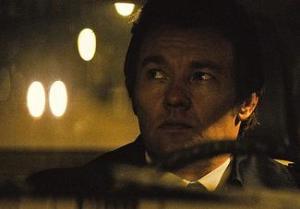 It may be too early to say, but Depp should almost certainly in the nominee pool for Best Actor. His character’s counterpart of John Connolly, played by Joel Edgerton, should almost certainly be in the nominee pool for Best Supporting Actor. Seeing Edgerton’s character devolve from an agent who wants to do the right thing by aligning with a lesser evil to bring down a bigger evil, to desperately trying to convince himself he’s still doing the right thing is equal parts fascinating, sad, and even funny at times.

The relationship between Connolly and Whitey is more brother-like than Whitey and his own brother, played by Benedict Cumberbatch in a good but “I still see this actor/actress” performance. In defense of Benedict, he’s not really on screen enough to build any momentum. In smaller roles, Dakota Johnson, Adam Scott, Corey Stoll, Kevin Bacon, Jesse Plemons, and Peter Sarsgaard all fit nicely and contribute as key pieces all revolving around Whitey and John.

Filming around the same areas where so much of Bulger’s criminal empire occurred is a great (and probably necessary) choice that gives more authenticity to the movie. Cooper lends some solid camerawork to the story’s events, nothing spectacular as this is an intentionally drab visual palate, but technically sound it certainly is. It’s the story itself, however, that works well enough to get into, but, based on what appear to be a mostly true telling of events, doesn’t ascend to classic mobster and crime movies. As a whole, it just sort of lacks that emotional hold that similar movies in the genre possess.

Additionally, Black Mass suffers somewhat from a slow start as the result of an iffy effort to flesh out Bulger beyond being only a bad guy. It doesn’t truly get going until about 25-30 minutes in. And, while the events are told in a very straightforward manner, gaps exist and seem to be evidenced by fade-to-black timelime jumps that possibly could have given the movie opportunity to explore more relationships and key characters if additional runtime was given. 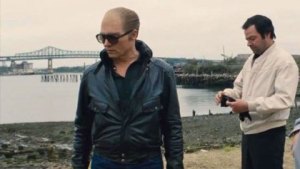 The term Black Mass has a religious origin, literally defined as the darker inverse of the traditional Catholic mass, bordering on parody and obvious blasphemy. As for the film Black Mass, the story isn’t a parody, or treated glamorously, but brings, what feels like at to yours truly at least, a true-to-real-life history lesson presented on the silver screen of a guy who I only knew of through America’a Most Wanted.