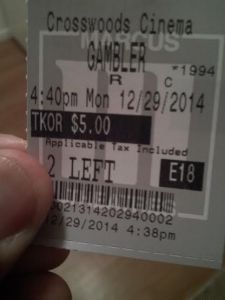 “Who wants the world at their feet?”

If you don’t have the magic, try obtaining it by gambling. Jim Bennett (Mark Wahlberg) is going through a fairly rough patch in his life. His grandfather has passed away, and he has little to nothing in the process. At least he still has his job. By day, Jim Bennett is an associate professor of literature and an occasional writer. By night, he is The Gambler.

Playing the game(s) of odds for so long eventually puts Jim in some hot water. Many parties are owed monetary, and one in particular (Michael K. Williams) has only given Bennett seven days to pay the debt he owes. Factor in a crumbling relationship with his mother (Jessica Lange), and a day job he abhors, and this probably serves as rock bottom. The only thing that provides some cushion is a budding relationship with one of his students (Brie Larson). Still, Jim owes money, and the only way out of these predicaments is *insert cliche tagline* going all in. 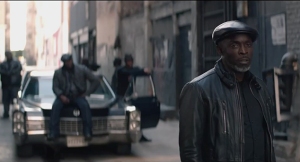 Odds are that if 10 people were polled, no more than five would know that The Gambler is a remake of a 1974 film bearing the same name. 40 years basically between updates essentially makes the new version an original film, right? Right. Unfortunately with the cast present at the table, The Gambler, whether remembered as a remake or not, fails to cash in on the potential.

Even if the story was a major letdown (and it is), at the very least, this could have been a mildly entertaining character study of sorts as it pertained to Jim Bennett. With an effort made to flesh out some backstory to Bennett, the investment had by the audience would likely be firmer as the danger escalates. But director Rupert Wyatt (Rise of the Planet of the Apes) incorrectly gambles by choosing not to build the character. It is almost as if he expects that just because Bennett is in unfavorable situations, that is enough to care. Looking from the outside, his life really isn’t all that terrible. Maybe not ideal, obviously, but everyone has problems. Those that Bennett has fall under the “first world” variety in yours truly’s eyes.

However, credit is given to Wyatt for constructing what feels like a shady underbelly of a gambling ring. The places the characters inhabit and frequent are grungy, smoky, concealed, and filled with no good whatsoever. Even if the story amounts to nothing, at least a jackpot is hit on the setting as well as the soundtrack heard in various scenes. 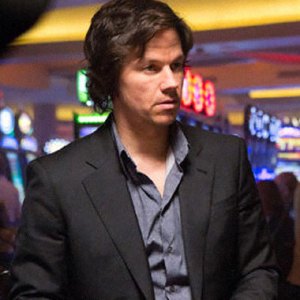 Looking like a cross between a shorter Jim Morrison and Tom Cruise in Vanilla Sky, Mark Wahlberg is the lead here as Jim Bennett. He gives an interesting, if a little uneven, performance to say the least. There are moments, especially as the movie goes on, where Wahlberg is totally in command of the material he is given. For every one of these moments however, there are moments where the work Wahlberg turns in isn’t completely bad, but it does feel like he is struggling with it.

Thespians act; it is their job to portray any and all kinds of people and personalities without a hiccup. But, some are just easier to buy as a particular character. As a professor of literature, Marky Mark is hard to buy. It is clear that he took it seriously; he even sat in on college classes in an effort to try and nail this side of Jim Bennett, but it is average at best. He tries his darnedest, but seeing and hearing Wahlberg spouting about literary devices, why people aren’t brilliant, and why he is is actually quite comical, and it is all delivered in sort of a hammy way. Unintentionally perhaps, these instances do interject some energy in a flick largely absent of it.

Adding to the movie’s issues, Wahlberg’s Bennett is kind of a jerk and an ass. He is the type of guy who likes to hear himself talk. 80% of the time has a comeback for everything, and only 5% of the time it is mildly amusing. His quips, attitude, and the way he treated others made me side with the baddies, or at least see where they are coming from. This isn’t a Wahlberg issue, it is just an issue with writing. A goody-two shoes wasn’t expected, but it is very difficult to side with Jim at all here. 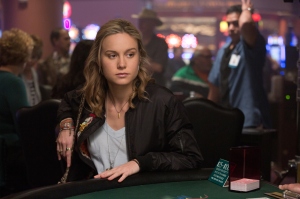 Flanking Wahlberg is a throng of others notables names, from John Goodman to Jessica Lange. Goodman never seems to have huge parts, but those parts that he does have he always maximizes them and makes something memorable, and the trend continues here. Also in a small role appears Lange, as Jim’s mother. Yours truly may not have cared for the main character, but there was care for his mother and their relationship, thanks to Lange and her brief work.

Also of note is Michael K. Williams as the film’s true villain. Even if his role is just an average bookie, he brings tangible screen presence and an accompanying edge. And finally, Brie Larson holds her own as Jim’s love interest, but her and Wahlberg never truly click which makes their “union” unrealistic, even more so when the fact is they go from zero to 100 real quick with hardly any indication. It just happens.

Like the moment before the flop cards are shown before a game of poker, The Gambler is filled with potential; the belief that “this is going to be a good one” before the cards are seen. It isn’t until the reveal when it is realized the hand that has been dealt just isn’t a winning one.

10 thoughts on “The Gambler”